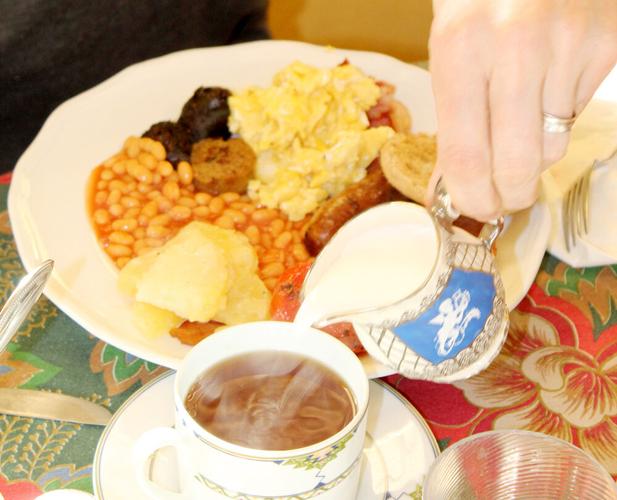 It is often said that on St. Patrick’s Day, everyone is Irish. And sure, why wouldn’t ye want to be Irish for a day? After all, the Irish are known for their vivacious spirits, ability to lighten the distress of others with their wit and capacity to have a “craic” (Irish slang for a “good time”).

Becoming Irish for a day in Silicon Valley is relatively simple, but only with help from a wide array of cultures, from Irish immigrants importing foods to American industrialists building stately homes and local independent grocers and German meat markets creating Irish delicacies. It is the diversity of Silicon Valley that brings the bounty of Ireland to life here.

To make the meal for four, purchase a pack each of Irish bacon or rashers, black-and-white pudding and bangers. The other ingredients are four eggs, a tin of baked beans, mushrooms, four tomatoes cut in half and potatoes (ideally cold leftovers from the night before that can be fried up).

Beginning with the meat, fry each item and keep it warm while you move onto the next. Serve the meal with Irish soda bread, lashings of Kerrygold butter, marmalade and a pot of Barry’s Tea. A wander through the gorgeous country house and the 16-acre formal gardens of the Filoli estate in Woodside is just the place for a post-feast jaunt. While enjoying the grounds and home built by William and Agnes Bourn, you’d be right to think for a moment that you were visiting the Emerald Isle itself.

The Bourns’ daughter married an Irishman. They purchased the estate Muckross House in County Kerry, Ireland, for their daughter and son-in-law. Quickly and deeply enamored by County Kerry, the Bourns fashioned Filoli as something of an homage. The home and gardens bring to life many of the beauties of the Irish countryside while embracing the stunning Northern California landscape.

Embrace the céad míle fáilte (“hundred thousand welcomes”) attitude of the Irish by hosting family and friends for dinner. Although food from the “old country”
historically gets a bad rap, the true food culture in Ireland is one of farm-to-table goodness and skillful preparation of the simplest ingredients.

Corned beef is not traditional in Ireland. Instead, they enjoy a boiling bacon, served beside colcannon, cabbage and parsley sauce. Start with watercress and leek soup and finish with rhubarb cake.

Dittmer’s Gourmet Meats and Wurst-Haus in Los Altos makes an incredible boiling bacon in-house, though they call it “Swedish ham.” The cut of meat matters, and they’re doing it just like the Irish at Dittmer’s. For everything needed for your soup, sides and dessert, visit DeMartini Orchard, also in Los Altos. 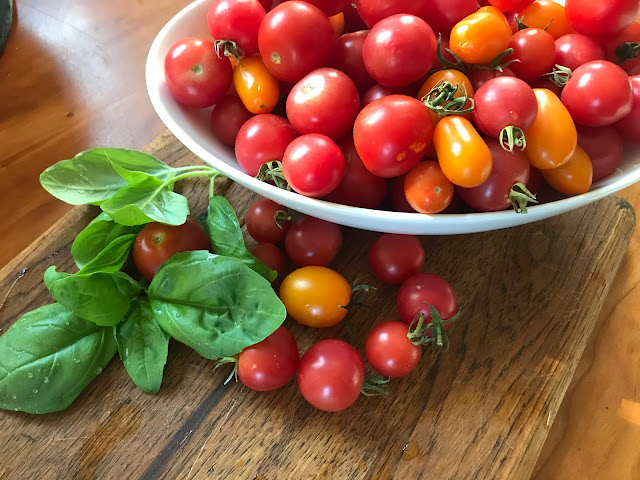 WriteYum
I'm a writer and food/wine lover. Friends often have questions for me about what I'm making in the kitchen or pouring in my glass. I started sharing those answers and other musings here. Thank you for stopping by. Please consider subscribing to my blog! Be well : )